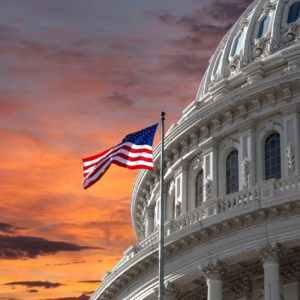 The big day is here! By now every American who is going to vote in this year’s presidential election should have done so. And as I wait to hear who will be our next president, I think back on all the lessons I have learned in these last few years.

1. God’s got this. An important thing to remember as I am sure several of you will be very disappointed with, and possibly even scared of the results. We should not expect God to force our new president into being the best ever. That would be against our gift of free will. But we can pray that He will guide our new leader to make better choices.

2. The lesser of 2 evils. I remember wanting George H.W. Bush to be president in 1988 because in my 6 year old mind, it only made sense that the “king of the world” would be from Texas. In 1992 I rooted for Bill Clinton because who could rule more justly than the man who let his daughter have a pet cat named Socks?

By the time 2004 rolled around and George W Bush was up for re-election, my requirements were a bit more mature. I was shocked to hear that the Commander In Chief of 9/11, who I had heard so many complaints against, was going to be on the ballot. I asked my grandfather, if Bush is so “horrible” then why isn’t someone else going for the Republican spot? Papa’s answer was simple: “Voting is not about picking a good leader. It is about choosing the lesser of 2 evils.”

That said, I do not think Bush was evil and I do not believe in voting for evil. But I am shocked at how many people seem to be against the possible candidates and claim that they are being forced to choose the lesser of evils. Perhaps if you want to choose between the most likely candidates, instead of asking “who is more evil” you should be asking “who will help our country the most.”

3. No president could be worse than our current president … except the candidates for our next election. In my 34 years, I cannot think of one president for whom I have heard more compliments than complaints. It started with Clinton .. I didn’t understand what was going on, but I was sure he was going to be impeached. Fast forward a couple of presidents and you would think Clinton is a hero, and nothing could be worse than Obama. Except of course the part where now that he is going to be replaced with either Mrs Clinton or Mr Trump. Suddenly Obama doesn’t sound so bad.

4. Interesting is more important than the truth. How many unverified pieces of information have I seen flash across my Facebook newsfeed and heard repeated in person, stated as if they are well-known facts? I tried to be well informed this election. Really, I did. But I have no idea how to separate the fact from fiction.

So Hillary has no sense of security and Trump has no respect for women? I don’t think I want my daughter looking up to either of these people. And that’s what bugs me most. How are our children going to learn to love, respect, and take pride in our country if even its leader is a joke? I grew up loving my America. Proud to be a part of her, with the knowledge that defending her is more important than life itself. We need to “Make America Great Again”. (Excellent idea Donald Trump, even though I have no idea if you are the person to do it.)

I thought Obama was a nice change of pace. A friendly family man who is not old and is not white. Offering things like Affordable Health Care that I really thought our country needed.